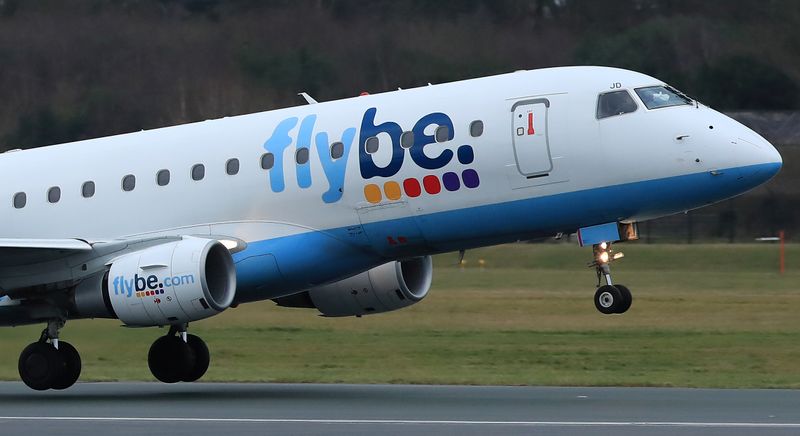 Finance minister Sajid Javid will meet later with representatives from the Department for Transport (DfT) and Business to discuss the tax and a possible deferring of Flybe’s bill, the corporation said.

A possible deal could allow Flybe to defer a payment of more than 100 million pounds ($130 million) for three years, according to Sky News. Under the plan, Flybe’s owners would be required to invest tens of millions of pounds in fresh equity into the company as a condition of any deal.

Flybe’s flights appeared to be operating as normal on Tuesday, a day after news reports emerged suggesting it needed to quickly raise new funds to help it survive through the winter when demand for travel is lower.

That has heaped pressure on Prime Minister Boris Johnson’s government which was elected in December. His Conservative party won new seats across regions served by Flybe, helped by a promise to improve connectivity between UK cities beyond London.

Flybe’s network of routes include more than half of UK domestic flights outside London.

Based in Exeter, south west England, it connects smaller cities such as Southampton to Newcastle and carries 8 million passengers a year between 71 airports in the UK and Europe.

Air Passenger Duty is a tax of at least 13 pounds levied by the UK government on passengers departing from UK airports which the aviation industry has long opposed as making them less competitive compared to their European rivals.

Flybe has in the past argued that the tax disproportionately affects it, making its flights more expensive compared to its rail and road competitors, because passengers traveling on return flights within the UK will pay it twice.

The DfT and Flybe declined to comment, while the finance department could not immediately be reached for comment.

Should the government cut APD for domestic UK flights, other airlines such as easyJet <EZJ.L> and British Airways <ICAG.L>, which fly routes such as London to Edinburgh, would also benefit.

Flybe has 68 aircraft and about 2,000 staff and was already struggling financially when it was bought by Connect Airways, a consortium created by Virgin Atlantic, Stobart Group <STOB.L> and investment adviser Cyrus Capital for $2.8 mln last year.

The airline, due to be rebranded Virgin Connect later this year, has suffered as the fuel price has risen in recent months, and news stories about its demise could cause a cash flow squeeze as potential customers stop booking.

Should Flybe collapse, it would be the second high-profile failure in Britain’s travel industry in less than six months after Thomas Cook went into liquidation last September, stranding thousands of passengers.

That followed the collapse of UK holiday airline Monarch in 2017 and Flybe competitor FlyBMI last year.

Pro-Life Women Stand in the Shoes of Early Suffragists

How the Oil Production Boom Has Benefited America