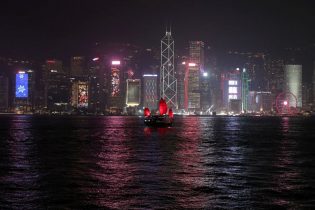 HONG KONG (Reuters) – Newspaper vendor Man, 60, was speechless when she saw the headline that Beijing plans to impose national security laws on Hong Kong, and worried what the future holds for youth in the Chinese-ruled city.

Communist Party rulers in Beijing on Friday unveiled details of the legislation that critics see as a turning point for the former British colony, which enjoys many freedoms, including an independent legal system and right to protest, not allowed on the mainland.

“I was very upset when I held the newspaper with the headline that the national security law has arrived in Hong Kong,” said Man, who declined to give her full name due to the sensitivity of the issue.

“I feel upset for the young generation … What can they do now, where can they go?” said Man, who has been selling newspapers in the bustling working class district of Mong Kok for nearly five decades.

Lok, 42, a clerk at an investment company and mother of two children aged 16 and nine, shared her sense of despair about the outlook for Hong Kong’s younger generation.

“There’s no prospect for them anymore,” said Lok, adding she hopes her children can leave the city.

“I think Hong Kong is half-way dead. I didn’t expect Hong Kong would deteriorate that quickly.”

Lui, 22, who works in marketing, told Reuters he felt scared when he heard the news but said Hong Kong people need to be persistent and continue to fight against what many see as Beijing’s tightening grip over the city.

“Whether or not Hong Kong is still Hong Kong, it depends on us, Hong Kong people,” Lui said.

“We should not give up easily simply because of the legislation of the national security law. Being persistent is the Hong Kong spirit.”

Others hope the proposed laws can help bring calm to a city wracked by months of often violent anti-government protests that show signs of ramping up again as anger builds over Beijing’s move to assert its authority over the city.

Hong Kong leader Carrie Lam says her government will “fully cooperate” with the Chinese parliament to safeguard national security, which she said would not affect rights, freedoms or judicial independence.

“We are not wealthy people and not financially sound. To earn a living is of the utmost importance so as to feed my family,” said Ben Ip, 45, a mechanic and owner of a vehicle paint shop in the city’s Tai Hang district.

“As an ordinary Hong Kong citizen, we want to have a stable life in a safe environment. The law may speed up some people to leave … it can be a good thing in the longer run, leading to a calmer Hong Kong.”

6 Things to Know About the Mayor of Minneapolis