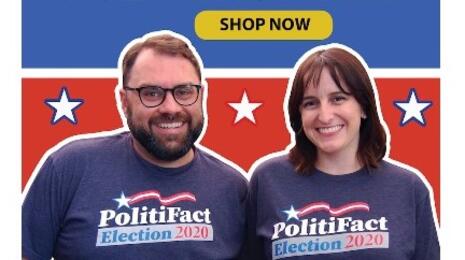 CNN’s Donie O’Sullivan posted an article on Thursday touting Facebook fact-checkers and how Trump voters just don’t trust them — which just means they’re noticing that “facts” have a liberal bias, according to the slippery rules of the “independent fact checkers.”

“This isn’t partisan work. Sometimes the result of it may favor one side or the other, but we are applying the same standards to both sides,” Angie Drobnic Holan, PolitiFact’s editor-in-chief told CNN Wednesday.

She said that, at the moment, there is more misinformation posted from right-wing sources than by the left. This is in part due to Trump, she said, as many of his supporters are repeating things he has said that are not supported by evidence and facts.

The “math” from PolitiFact has been extremely slanted against Trump over September and October. Trump’s True-to-False ratio was a staggering 52 to 1. They weren’t even trying to locate anything Trump said that was True. There was one “Mostly True,” on October 1.

By contrast, Biden’s True-to-False ratio was 9 to 16 (or 17 to 16, if you’re generous with the “Half True” ratings.) Notice Biden only has 33 ratings, while Trump has 56. There was another quote from the PolitiFact chief:

Holan said PolitiFact, which was set up in 2007, long before Facebook worked with fact-checkers, scrutinizes statements made by both Republicans and Democrats. She pointed out that PolitiFact has given a number of “pants on fire” ratings to Biden — PolitiFact’s way of flagging the grossest of inaccuracies and lies.

The “Pants on Fire” ratio in these last two months was 10 to 1 Trump.

Now let’s just add PolitiFact working overtime against Trump on November 1, the last Sunday of the campaign: one Mostly False, two Falses, and one “Pants on Fire” — Trump claiming his supporters were “protecting” Joe Biden’s campaign bus in Texas. As usual, Miriam Valverde couldn’t detect one ounce of humor in Trump’s tweet. The Biden campaign strangely claimed Trump supporters were trying to “run them off the road,” but the Fact Check goes to Trump!

Donie even noted the hero of his story came from a long career at….CNN. Alan Duke is now the editor-in-chief of the site Lead Stories, which Facebook often uses to flag allegedly false stories. Duke claims “We don’t have anything against anybody. We don’t have an agenda. We are looking for facts and we fact-check the right and the left….It just so happens that there’s a lot more to fact-check on the right. It’s just mathematical.”

The right lies much more! It’s “just math!” Duke is one of eight CNN veterans doing “fact checks” for Lead Stories. We found they tilted four to one against the conservative side.

Couple allegedly watch ‘Shameless’ on Netflix as girl, 3, dies in...

Couple allegedly watch ‘Shameless’ on Netflix as girl, 3, dies in...