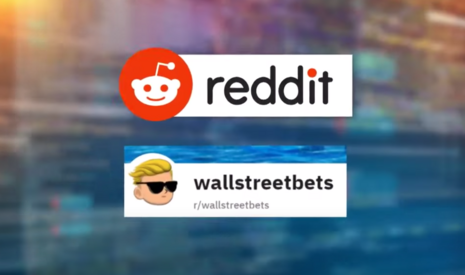 This all part of the media freakout over the trading in GameStop and other stocks. The Wall Street Journal tweeted out an outrageous story, headlined “GameStop, Bitcoin and QAnon: How the Wisdom of Crowds Became the Anarchy of the Mob.” The tweet was insane: “What the gleeful anarchy of this week’s ‘stonks market’ had in common with the Capitol riot of Jan. 6.” The story read like an op-ed: “What’s happening on WallStreetBets is of a piece with other internet phenomena, from bitcoin mania to the online conspiracy theories of QAnon, and the events leading up to the Capitol riot.”

This piece from The Journal is propaganda, not news.

The Journal arbitrarily described the Redditors sticking it to the Wall Street elites as a “gleeful anarchy,” and reiterated the abhorrent Capitol Hill riot comparison in a 64-word, paragraph-long sentence:

The process, in its current form, privileges a kind of gleeful anarchy, whether it’s the blow-up-Washington populism that led some to participate in the Capitol riot, the end-the-global-monetary-system mind-set of some bitcoin enthusiasts, or the idea that by continuing to buy and hold GameStop stock and call options, an army of keyboard warriors could simultaneously end wealth inequality and bring down ‘predatory’ hedge funds.

The newspaper would not let up in its use of hyperbole, though. It later equated Reddit investors with QAnon and also likened Redditors to a cult:

The way in which WallStreetBets members convinced themselves that their quest was just and good echoes the logic, if not the sentiment, found in QAnon forums … It’s also the logic of a cult, achieved with some of the same psychological tricks.

The Journal isn’t the only outlet to have made the outrageous Capitol Hill riot comparison. Bloomberg TV guest and Financial Insyghts President Peter Atwater went on the Jan. 27 edition of Balance of Power and insulted the Redditors along the same lines:

This has got anger behind it. And the behavior of the mob in many ways reminds me of what we saw two weeks ago at the Capitol. It’s a mishmash of a whole lot of people.”

Conservatives are under attack. Contact The Wall Street Journal at 1-800-369-2834 and demand it move this hyperbole-laced story into its opinion section.